One of the fundamental tasks while fulfilling customers’ requests rests in trust-building in a product, company or person. Based on the analyses made by the Osenilo company within this context, Wikipedia appears to be an underestimated tool.

This encyclopedia is read by 570 million people. Wikipedia is available in 300 world languages and improves at a rate of 100 to 500 articles per day.

There is a huge number of opinions about what is Wikipedia. Some criticize, some admire, others search for evidence that it is a state project. Yet, there is no doubt that Wikipedia ranks fifth in the list of the most viral web resources.

In most cases, the firsts lines in any search engine will have articles from Wikipedia about a specific subject, event, personality or an organization. Moreover, according to YouGov international data analytics company, UK residents have more confidence in the online encyclopedia than the press. 64% of the British believe that Wikipedia articles are “sufficiently trustworthy”, at the same time 61% of the British are willing to say so about BBC, and only 45% can say so about publications such as The Times or Guardian. Therefore, the first conclusion to be made within this article is that Wikipedia is trusted more than the national media.

Over 17 years of its presence, Wikipedia has gained the status of world encyclopedia, which encompasses the knowledge of mankind on a variety of topics. Not surprisingly, over the past few years society created a perception that if you or your organization has a Wikipedia page, it means you made a name for yourself. This is how the premise is created to utilize this global system for business, political and public purposes, and educational projects as well.

Though, numerous pitfalls are standing behind such an attraction that usually hold people back from using Wikipedia as a business or political tool. And there’s nothing wrong with that, as it only adds value and significance for the information in Wikipedia.

What do you need to know to work on Wikipedia?

The first thing that is worthy of special attention is that the “Wikipedia community” represents a distinct subculture. From a sociological viewpoint, “Wikipedia” is a place where students, professors, journalists, unemployed and financially secure people coexist within the same hierarchy. The hierarchy is not determined by your level of wealth or reputation gained in society, but by the extent of your contribution to the development of this international project. You may contribute anonymously or create a distinguished personal page. Usually, the evaluation is determined only by what you have done for the project.

Each language segment has its peculiarities both in the rules, entry requirements and ranks. If we look at the Russian-language Wikipedia, then bureaucrats are at the top of users hierarchy, i.e. participants who can assign statuses to other users and ones who have merited trust having spent many years working for the project. Below this level are administrators. They make up the core management in Wikipedia, whose task is ensuring proper and accurate functioning of the resource. Below them are patrols, i.e. users who review articles for compliance with the rules. At the lower level of the user hierarchy, there are regular users and non-registered participants who make edits but do not participate in the political life of the project. Each of these hierarchical statuses has its own rights and responsibilities. Bureaucrats and administrators have electoral statuses which are assigned to participants who are supported by the majority. The rest of the statuses can be reached without the support of the majority by demonstrating an understanding of the basic rules of Wikipedia.

When I met representatives of the so-called “California team” which have an experience of more than 13 years in the Wikipedia, I got a clear understanding that Wikipedia is directed by a number of rules, but the higher “online” hierarchy you belong to, the more flexible rules are applied to you. One of the main Wikipedia rules is to ignore all rules and one of the fundamental Wikipedia principles is that “the truth is rather a notional concept” as Wikipedia is concerned with the verifiability of information via reliable sources. Speaking of sources, it is worth noting that there are certain requirements for them too. Even if you have followed all rules, an unspecified participant can question the article and mark it so it goes to the deletion-list. Interpretation of the rules depends on the skill and desire of the participant. Over 18 years of Wikipedia’s presence, some officially undeclared lobby groups have emerged, who are united by certain ideas.

Today, I can confidently state that among other things, Wikipedia is a global money-making machine. On one side, it’s a complicated and time-consuming process, but on the other side, it’s lots of money. People are ready to pay for trust. To give one example, my partners generate about 20 articles in different language versions per month, and the total amount of net monthly profit on average is $ 100,000. Usually, clients that contact them already have had a negative experience with this tool, or have no idea how it works. They also contact them to get advice on choosing the tactic. Clients know why they need a Wikipedia page. For some, it serves as a business tool to increase the value of services, or some might need it as an exceptional business card, while others may want to make an exclusive gift for somebody. After all, “he made it into history” is rather a good gift, isn’t it? For the third category of clients, Wikipedia is a tool to enhance reputation or even influence public opinion.

Perhaps if Recep Erdoğan had consultants who knew how to work in the free encyclopedia, the Turkish authorities would not have restricted their citizens’ access to Wikipedia. Let me remind you that on April 29, 2017, an exceptional case took place, which, in my opinion, clearly illustrates the degree of influence of Wikipedia on public opinion. Last year, on April 29 people residing in Turkey were unable to access Wikipedia. Sometime before the incident, there was a piece of information posted on Wikipedia that Turkey sponsored terrorists and that Erdoğan was a tyrant. The Turkish authorities demanded the Wikimedia Foundation to remove, in their opinion, unreliable data from Wikipedia, but, it was not. After that, there had been several other unsuccessful references to Wikimedia with a request to change the content of the articles. After a series of failures, a decision was made to block Wikipedia all over Turkey. This issue could have been solved in a completely different way, but it requires an understanding of how Wikipedia world works. This resource is also censored in PRC, Iran, Pakistan, Saudi Arabia, Syria, Thailand, Tunisia, Turkey, and Uzbekistan. Most recently, in January 2019, Venezuela attempted to block Wikipedia because of the “war” of revisions in articles about the government. These simple examples illustrate the impact of this non-commercial resource. Russia also attempted to block Wikipedia in August 2015. The official reason at the time was that one of the articles had “textual information explaining how to prepare a drug-containing substance”. It was blocked for one day, after which Roskomnadzor rejected this decision.

In the framework of my first introductory article on Wikipedia, I will try to describe the skills that you may need to work effectively inside the world’s most viral electronic encyclopedia:

●    You will have to generate quality secondary information sources. It is about an ability to write a proper article in a neutral style without promotion;

●      It is necessary to learn how to get your articles published in notable publications. This is the second trouble that awaits one on the way to trust-building;

●        It is highly important to assemble an encyclopedic article from fragments of texts published in different sources. Either way, your attempts to create pages on Wikipedia will end in a fiasco;

●        One must learn how to protect articles from vandalism and deletion. In my view, it is a top-class task within Wikipedia world, for this reason, I concentrate a lot on this point at my workshops.

Certainly, this is not the whole list of skills that are required, but without them, it is not even possible to use Wikipedia. Obviously, at the same time with aforementioned, you have to integrate SEO, SMM, official sites and other resources. Wikipedia work challenges an elaborated strategy which will be followed by PR, advertising and marketing processes. On the one hand, the game worth the candle, but on the other hand, it is very demanding. My guess is that Wikipedia is a good training aid for leveling your team’s skills and at the same time it is an additional profit-making tool. Besides, working with Wikipedia is becoming a fully-fledged profession that may allow you to get excellent profits in today’s world. If you have any questions, please do not hesitate to get in touch with me and I will do my best to answer them as soon as possible. Thanks for reading my article! 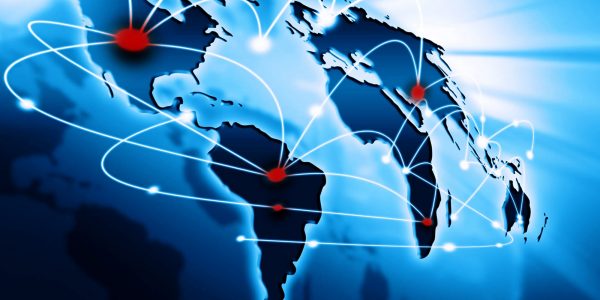 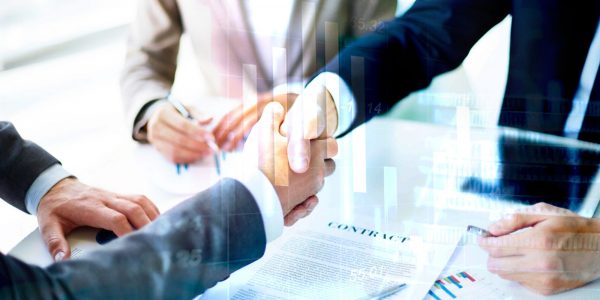